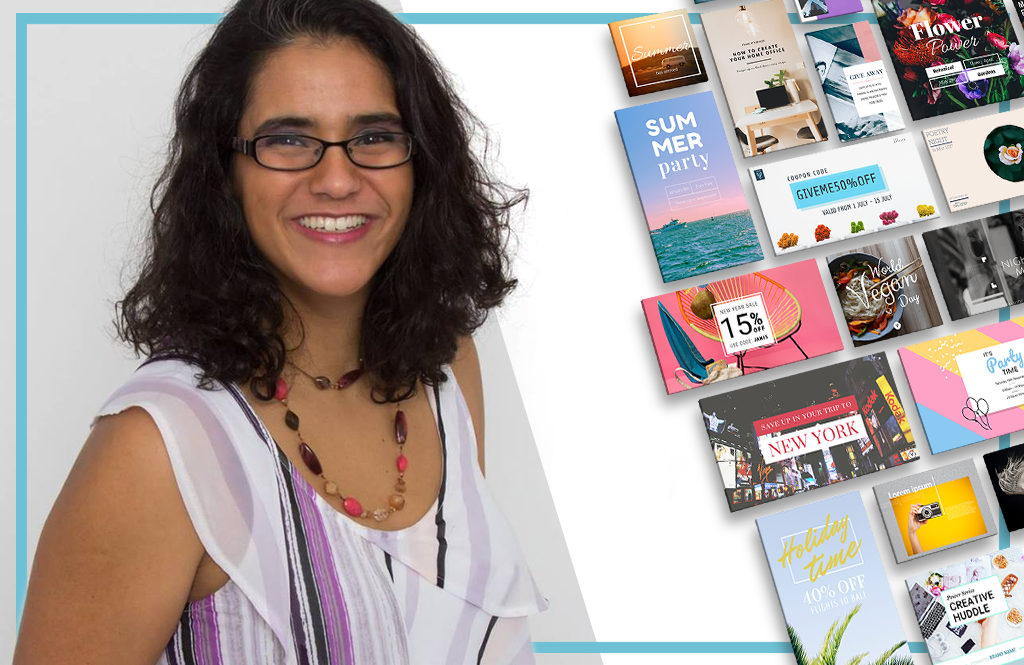 Mariana is a writer, a blogger, an editor, a wife and a busy mother of three from Ontario, Canada.

She has her own blog at marianamcdougall.com and she has written for many clients around the world. One of the most engaging ways she has found to get readers’ attention is to include visual graphics for social media like Pinterest.

Though Mariana is a multi-talented creator, she unashamedly admits she’s no designer.

So how did she create such beautiful graphics for her blogs and social media?
We found out more.

How did you first hear about Desygner?

Mariana: I can’t remember. I’ve been using it for so long. I think I just Googled “design software”.

Why did you look for a tool like Desygner?

Mariana: I’d been using Canva, but I really didn’t like it. It wasn’t intuitive to me. I just didn’t like their platform so I looked for alternatives and I found you guys.

What did you see that appealed to you the most?

Mariana: I’m not a designer. I’m just someone who wants to make graphics for my blog. I enjoy playing around and learning different things, but I just found that the other software that I’d been using was really built for designers, they weren’t built for just regular people. Desygner was really intuitive from the get-go.
I was looking for something simple to use that was either free or had a reasonable monthly fee if I wanted to use more stuff.

Being able to modify things easily. Not having to know about design to be able to use it.

What kind of design items were you looking to create?

Mariana: Mostly Pinterest graphics for my blogs and blog titles. I do a lot of writing and I was a freelance writer at the time so I was writing for clients’ blogs and I needed graphics for their blogs.

What was the biggest obstacle using other software?

Mariana: I wanted the ability to import my own photos and use photos from other sites. At the time, as far as I knew, Canva didn’t allow you to do that. And for every single thing that you used, they kind of nickeled and dimed you. I either pay a monthly fee or I don’t. Don’t charge me for every element that I use.

When did you first start using Desygner?

Mariana: I’ve been using Desygner right from the beginning. For years.

Did you try Desygner on your computer or a mobile device first?

Mariana: Computer. I’ve never used it on a mobile. I never used my phone for work. I like the big screen and I don’t enjoy reading small print.

Was it easy to set up on your computer?

Mariana: Yeah, I just signed in and started using it.

How do you use Desygner today?

Mariana: A majority of what I do there (in Desygner) is Pinterest graphics. That’s what brings the most traffic to my blogs so I spend a lot of time trying to make them pretty.

What function do you use the most or what are your favourite features?

Mariana: Importing photos I use a lot because I use many of my own photos for my graphics. I re-use the graphics, so I use the Duplicate feature a lot. I use the same fonts and the same color scheme every time.

Did using Desygner solve your problems?

Mariana: Oh yeah. Definitely. I wanted something simple to use where I could re-use my graphics because I try to use similar things. It’s very useful for what I need.

Were there any features you found complicated or needed help with?

Mariana: A long time ago I had trouble with the duplication function before the last revision (version) and they (the Desygner team) helped me and it was fine. As I’m using it right now, it’s pretty easy to use.

Have you achieved success and your goals with what you have created?

Mariana: I usually throw in a Pinterest graphic as an added bonus for clients.

For my own blogs, it definitely has brought me more traffic to use the Pinterest graphics. Almost all of my traffic comes from Pinterest. I feel like I’m getting a lot more visitors since I started making the graphics.

How would you describe Desygner to your friends and family?

Mariana: It’s an easy-to-use design tool for people who don’t necessarily know about design. I really like that there are guides for where to put things. You can put something and gauge where it is in relation to other elements.

I would recommend it for anyone who is not a designer who wants to do design. Not that I wouldn’t recommend it for designers. If you don’t really know what you are doing at first, it’s really simple to use.

Why they should use Desygner?

Mariana: The free version offers everything you need if you’re somebody who just wants to do some things. You’re not necessarily a business selling design elements, you just want to do it for your own blog or whatever. People like me. I do my blogs for fun. It doesn’t bring me cash, I just want to write so I don’t necessarily invest as much in that. I think it’s pretty robust on its own.

I was using the paid version for a little while when I was freelancing because I wanted to save different elements and things. It’s worth it and it’s very inexpensive considering what you get.

How To Use Desygner? We all have to start somewhere!

What would you like to see added to Desygner to make your life easier?

Mariana: I would like the ability to create folders. It would be really useful to have a folder for this client and for that client and a folder for my personal stuff. I’ve created so many graphics, it takes time to go through them.

Desygner: Stay tuned because that feature is coming soon.

Mariana: I really enjoy using it even if I didn’t have to use it for work, I would still use it for fun.

I’ve been using it for a long time and I really like it and I would definitely recommend it for anyone. 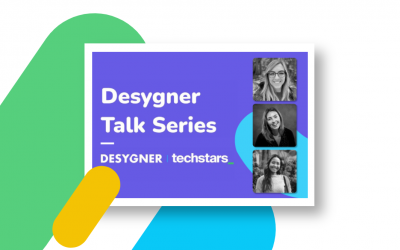 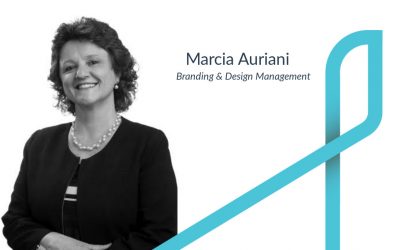 Branding: all you need to know to get started and succeed